To enter a gym is to enter a new planet entirely; you’re suddenly faced with objects, people, and odours you’ve never encountered on Earth. Well, it should at least count as the planet’s fourth major ecosystem, and could easily fill an Attenborough series or two.

Although gyms like to say there are 347 reasons to join, there’s only really one – to get in better shape. Which means when you first visit, you’re probably not in your desired shape (hexagon, dodecahedron, whatever), and so feel a bit insecure about the whole thing. Lucky you’re reading this then, because here is exactly what to expect…

A Nike sweatband is plastered across his tomato-red face, upon which is fixed an expression of inexplicable fury. Ah, just another escaped convict you think, before busying yourself with your next set. But seconds later your eardrums are pulverized by a noise akin to Brian Blessed giving birth. With every rep his screams become ten times louder, the decibel level rapidly surpassing that of a K-pop concert, which is all a bit ridiculous given he’s only lifting 2kg. 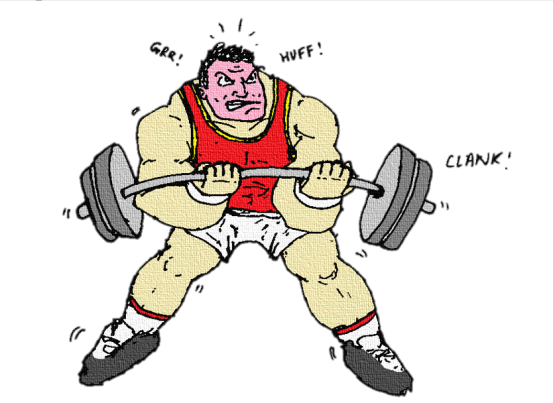 Probably from somewhere Mediterranean, this specimen just fancies himself in skin-tight material. In fact, it’s probably the only reason he comes here at all. And he seems to know everyone too, enthusiastically embracing half the gym with a bravado and ease that can only mean he’s not British. It’s a real shame he’s started star-jumping right in front of you though; your immediate view now a terrifying mass of lycra. Just try and look away. 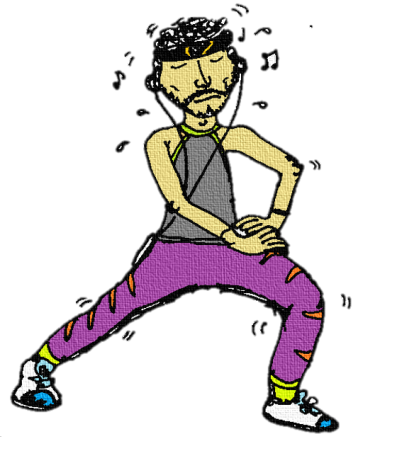 Only one place you’ll find this soul – he’s glued to the treadmill like a moth to a flame, or the Pope to a child. His ribbon arms flail as his cheese string legs pound down the conveyor belt, crushing virtual mile after virtual mile. This is his life, his passion. He dreams treadmill dreams day and night, the mere thought sending him into a reverie of lust. To be fair, he would just run outside, but breezes over 20mph send him swirling into the air. 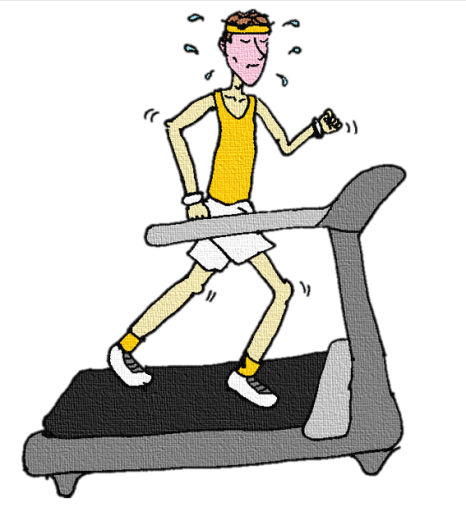 Resist the temptation to politely inform this fella it can’t rain inside, he’s going to wear that anorak anyway. Baggy trackies and a baseball cap accompany this garment – but the funny thing is that underneath he seems pretty huge. Don’t people normally like to show off muscles that big? Maybe he doesn’t want everyone else to feel inadequate. What a guy. 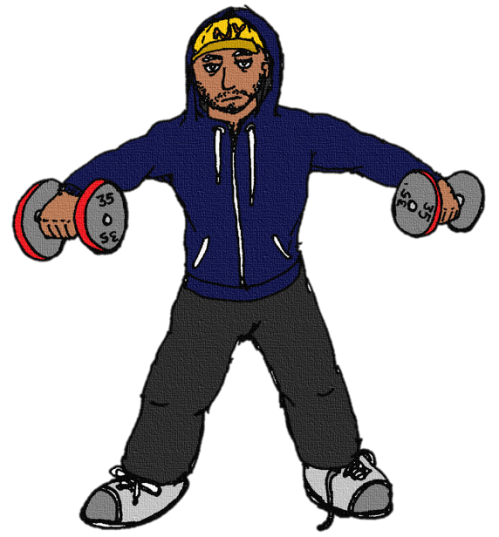 He doesn’t really know how any of this equipment works and doesn’t have the confidence to ask. He tries the treadmill – that looks easy enough – but alas, he starts crawling instead of running. A few minutes later he’s benching medicine balls and doing bicep curls with his phone and keys. Someone get this guy a personal trainer. 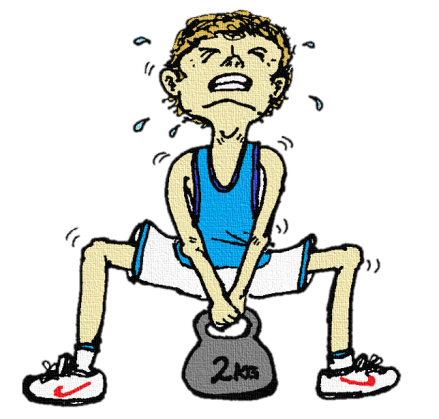 Yep, here it is, the day you become Adonis. Gyming’s easy, you’re probably only four sessions away from bodily perfection. But first, as always, you must prep.

Begin by buying a gym bag. If you have no money, don’t fuss, that Early Learning Centre bag will still work. In life you never stop learning. First thing to pack is a vest, to show off your body – I mean, give you more mobility. Man, it’s practically impossible to move in those t-shirt things. Next, pack a protein shake to show everyone you’re as unhealthily obsessed with the gym as they are. And remember, perspiration = dehydration so you need some H2O. Tap water? No! You’ve got your Yanga sports water, which is definitely not a complete scam.

All prepared, you finally enter. Maybe give a little wink and smirk to those you walk past. Watch out, a new kid is on the block. Of course, always begin your workout by warming up. And no, sitting by the radiator doesn’t count. A little run is preferable, but stay away from the Treadmill Monster or you’ll get drenched. A few minutes will do, just to get the muscles nice and supple. Wrong. You’re currently as fit as a diabetic slug and are almost immediately on the verge of keeling over. Then you do keel over, the treadmill zips you away and you’re left panting and retching on the floor. Recover quickly – there’s more fun to come.

Time to strut over to the weights area. Hopefully nobody saw that little treadmill episode. You’ve heard people say ‘how much do you bench?’ in pub toilets a lot, so decide to do that exercise. You do a quick set and sit up. Now comes the hardest part of the day – avoiding eye contact with anyone until your next set. Alas, you’ve caught the eye of that huge bald man over there. He smiles and winks. Oh lord.

Luckily, you’re distracted by the sight of a personal trainer cruising into the station next to you with a girl. Their job is to have great rapport with their clients. Most of them are fine, but every gym has one that isn’t. Could this be him?

A pause, before he hastily moves her onto to her next set. What an idiot… Club Penguin was taken offline last year…

You finish your benching without pulling any muscles or members of the opposite sex and it’s time to move on. Wait – you need to impress these strangers, remember! Slap a few big plates onto your bar so it looks like you’ve lifted more.

And would you look at the time, you’ve been here for almost ten minutes! That’ll do for today, time for a shower. But worryingly, the changing room is complete carnage. Everyone’s striding around like they’re on Brighton pier, except nothing is being worn and everything is being shown. You’re not ready for this kind of thing yet, so cover your privates with a Tesco bag as you head for the shower.

Shower’s done, now you can saunter out of the gym like the hero you are. Yeah, just wait until tomorrow and that body will be putting Brenda from next-door to shame. What a day it’s been. You absolutely can’t wait to return next year.